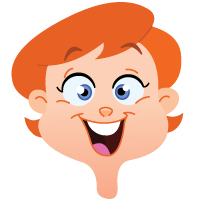 Myth #1: Likely to be Denied Bail

First, many people wrongly believe that there is a good chance that they will be denied bail. The truth is that most people who are arrested are afforded the right to bail. If you get pulled over for a DUI and end up in lock-up, you will be offered bail. If you are arrested for driving too fast, you should get bail.

The truth is that although a judge can deny bail, they are only going to do that if they feel that releasing you before you stand trial could put the public at risk. This usually only applies to violet cases, where someone was physically harmed.

More likely, you will appear before the judge, and you will be able to get your bail amount reduced. Or you may be released on your recognizance, which basically means you are released without having to pay anything, based on your word that you will return for your trial.

Third, many people wrongly believe that all they have to do is pay the bail, and they are free to go and do what they please until they have to go to court. The truth is when you are released on bail. Generally, additional conditions are placed on your release. Being released on bail is often similar to probation. Depending on what and why you were arrested, you may have to submit to urine tests or breathalyzers. You may have to check in, and you may be required to do and not do certain things. You have to follow all of these conditions and show up for your court date to keep your bond and not have it revoked. If it is revoked, you go back to jail.

When it comes to getting out of jail, you will more than likely be granted bail if your charges were not violent. If you work with a bail bond agency, you will only have to pay a small percentage of the bond amount as a fee to secure your release. Your release is going to have a range of conditions you are going to be required to follow.